Want to know how easy it is to fall out of the habit of blogging regularly?  Very easy.  Honestly I don’t know how some of my colleagues in social media do it.  After a day full of posting, tweeting, commenting, writing, editing, re-posting, re-tweeting, updating, and monitoring for my two part-time jobs, two freelance gigs, and a host of passion projects (ferals, feminists, philanthropists, et. al), it’s sometimes all I can do to “Like” a Facebook photo of a cat.  Seriously.

Being a marketing-type gal requires a multiplicity of skillz these days: I gotta be up to speed on myriad social media sites, mobile apps, digital trends, best practices in communications, worst examples in website design and – of course – I must be adept at wrangling BIG DATA (I put that in all caps to emphasize JUST HOW BIG IT IS).  I often equate my career choices to choosing to run on a hamster wheel for all eternity.  Sometimes I envy Sisyphus’ task.  How does one person make a difference and get their message through the endless onslaught of content?  I’ve chosen to work exclusively for/with non-profits and small businesses (remind me to tell you about that time that I flirted with the idea of being the community manager for a major brand…and sold a little bit of my soul in the process), but even that’s not enough.  If we’re not garnering enough website traffic, bringing in enough donations, getting enough click throughs on our newsletter, or going “viral” with our social media content, then I feel like a failure. I mean, not a massive failure.  Just a tiny failure.  A failurette.  Ein kleiner Ausfall.  Un échec minuscule.  You get the idea.

That’s why it was so nice to step away from it all for one weekend.

I owe a lot of people a huge thanks for their support of Ride for AIDS 2013.  The amazing donations, the kind words (even after I changed from being a rider to being a crew member), the general you-are-awesome-ness that infused the entire weekend: it was just what this gal needed.  This may shock some of you, but I only managed to tweet a few times over the course of an entire weekend!  Otherwise I was checking in riders, hoisting banners up in the camp shelter (you can see my handy work in this pic), driving a golf cart, driving a 15-passenger van (a li’l ironic that the person with no car ended up doing so much driving, eh?), hoisting myself onto the top bunk, dining in a “mess hall,” spending time in nature, and generally engaging in activities that are mostly foreign to my grown-up, urban(e) existence.  I even stood in close proximity to a camp fire!

Ride for AIDS weekend was actually my first time at a campground, as far as I can remember.  Sure, there was percussion camp, but we stayed in dorms, because we were band nerds and therefore not well suited to the elements (too much humidity would’ve warp my timbale sticks, duh).  And I did some outdoorsy 4-H stuff, but my favorite projects involved shopping and…shopping.  So there’s that.  But as far as spending time in the middle of nowhere (sorry Elkhorn, Wisconsin!) with sometimes spotty cell phone service and way more exciting things to do besides post status updates to Facebook, well, I can’t remember a time during my career that I’ve done that.  I managed to step off the hamster wheel for a few hours.  And it was awesome.

So what had happened was…I decided to bike to work today as part of the aptly named Bike to Work Week.  I woke up this morning already anticipating the rapturous blog I’d write about my beautiful ride up the lakefront.  I was going to share a photo with you of the Chicago skyline as viewed from the South Side.  I was going to pat myself on the back for completing another training milestone as I prepare for Ride for AIDS Chicago. I was hoping for the cycling equivalent of a “runner’s high” to spirit me through the long day that lay ahead of me. I was, as my sister might say, totes excited about biking to work.

Let me paint a picture for you.  I was decked out in what passes for “serious” riding gear for me (so what if my spandex capris are from Old Navy?) and on my way over to the secure bike room in the other building of my apartment complex to air up my tires.  Then an all-too-familiar scenario unfolded: as I approached the bike room door, I noticed it wasn’t fully closed.  And when I went to put my key in the lock, the door freely swung open.  I looked over to where my bike is usually locked and saw only my Kryptonite cable lock, dangling pathetically with the 1/2″ cable cut clean through. It was basically just like this:

I calmly walked back to my apartment and dialed 911.  The dispatcher put me through to the non-emergency line and a friendly and sympathetic officer walked me through the police report process, a process I’m all too familiar with.  I provided as many details as a I could, staying calm and even cracking jokes.  Just like I had the first time my bike was stolen and an officer came over to my apartment to file the report (those were the days before 311 or widespread computer use).  Just like I had when – a month after the stolen bike incident – I was mugged at gunpoint and flagged down a cop car in the next intersection over and filed a police report and looked at books of mugshots and went to a line-up at the local precinct.  Just like I had when – several years later – the door to my apartment was kicked in and all of my electronics were stolen and the forensics team dusted for fingerprints and the cops left me with a broken front door that I had to repair myself.  It’s fine.  These things happen and we take care of them and we move on.

But the thing that riled me this time was that my bike was locked to the wall in what was supposed to be a locked bike room, which was in a locked building.  Turns out the bike room had been broken into several days ago, but nobody had notified the tenants, save for a single sheet of paper taped to the back of the door by someone who doesn’t even work on site.  Again, I calmly picked up the phone and called the 24-hour maintenance hotline to report that the door was still broken and, yes, mine was one of the stolen bikes and, yes, it would have been nice to have been informed of a break-in when it actually happened and not to have stumbled upon a broken lock when I was ready to ride into work for the first time since I moved here.  The guy on the phone and the woman who works in the on-site office were extremely apologetic and neither of them knew the door had been pried open (or even about the theft!), so at least that’s getting fixed today.

I hung up and threw myself a pity party for approximately 45 seconds.  Then I got over it.  Procuring a new bike would be easy: Blackstone Bicycle Works is in my neighborhood and everybody raves about how great they are, plus their refurbished bikes start at around $100, which is great.  I have renter’s insurance, which might help me recover some of the costs of the stolen bike, which wasn’t even an expensive bike to begin with.  And nobody (as far as I know) was hurt when the crime was perpetrated.  So, not that bad. 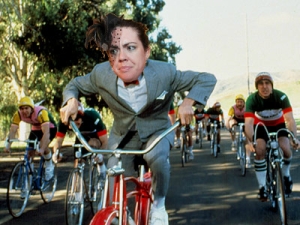 PLUS, I had to remind myself why I was even biking to work in the first place, and that’s to train for Ride for AIDS Chicago 2013.  As I mentioned in an earlier blog post, I’m doing the ride for a number of reasons – not all of them are altruistic (I’ve already lost 5 pounds!) – but foremost is to raise money for About Face Theatre (where I’m the Marketing Manager) and TPAN, two amazing Chicago nonprofits that are doing important work for this city and beyond.  As the name of the ride implies, a portion of the funds raised will go directly to people living with HIV and AIDS in the Chicago-area, a reality that affects us all, whether we realize it or not.  And the statistics are shocking: 35% of gay black men in Chicago are HIV positive and the HIV infection rate for heterosexual black women in DC’s poorest neighborhoods has doubled since 2010.  In the UK, heterosexual women over 50 make up the fastest-growing group of those living with HIV.  And Sub-Saharan Africa accounted for an astonishing 70 percent of all AIDS deaths in 2011.  So yeah, a stolen bike is definitely something I can deal with – gotta keep some perspective.

This doesn’t mean I’m not disappointed in whoever took these bikes and whatever it was that drove them to steal them. This doesn’t mean that I’m not disappointed in myself for not springing for the U-lock that I know I should have gotten a long time ago.  But I’ll get it over it.  I’ll move on.  And then I’ll hop on my new bike and start pedaling away, training for my ride and looking forward to the day when biking to work becomes a regular occurrence.

I’m riding 200 miles in support of About Face Theatre and other amazing community organizations in this summer’s Ride For AIDS Chicago.  If you’d like to donate, please visit my fundraising page.  Thank you for your support!

So what had happened was…

That’s what they said.

It’s all in the past. 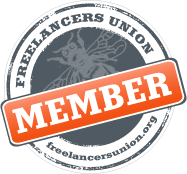